The St Patrick’s Day parade took place this Saturday in Kingston to commemorate the thousands of immigrants to the area who contributed so much to build the city and local infrastructure. The parade commenced at Skeleton Park to City Hall where the parade was met with the Mayor of the City.

Below are a few shots of the parade and members of the Queens University band and Cheer-leading squad. 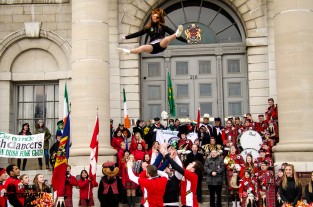 One of the lovely Cheerleaders 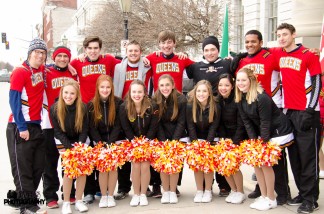 St Patrick chases the snakes out of Kingston